Owned and managed by the Maine Department of Inland Fisheries and Wildlife, the 3,100 acre estuary known as Scarborough Marsh is the largest salt marsh in the state, comprising tidal marsh, salt creeks, freshwater marsh, and uplands. The marsh is particularly important for wildlife as a resting, breeding, and feeding ground.

The Scarborough Marsh Audubon Center is a great place to explore the state’s largest salt marsh by foot, canoe, or kayak. The center provides a variety of naturalist-guided and self-guided tours, as well as exhibits, a nature trail, canoe/kayak rentals, and a Maine Audubon Nature Store.

Hours: The Visitor Center and boat rental open for the season in May 2023.

Canoe and kayak rentals will begin in May 2023.

From U.S. Route One in Scarborough, turn east onto Pine Point Road (also marked as Route 9 West). The nature center is located .8 miles on the left. Scarborough Marsh provides critical habitat for a broad array of wildlife, particularly birds. Waterfowl, egrets, herons, Glossy Ibis and many species of shorebirds depend on this rich ecosystem for food, a place to rest during migration, and nesting habitat. The marsh is also an excellent spot to find a number of grassland songbirds not commonly found in other parts of Maine, as well as various birds of prey that hunt in the marsh throughout the year. Muskrat, mink, otter, and deer also frequent the wetland.

For a virtual tour of a salt marsh and detailed guides to the plants and wildlife you’ll find there, visit Robert Zottoli’s excellent Field Trip to a New England Salt Marsh. 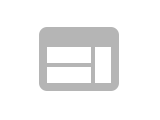 In 2021, Scarborough Marsh Audubon Center Intern Laura Bither created and authored this project on climate change and sea level rise at the marsh. By focusing on the stories of youth and fisherfolk—those typically left unheard in the environmental movement—she centered on the challenges Maine coastal communities face and their visions for a climate-resilient future. Click here to see the project.

Scarborough Marsh has a long history of human use. Sokokis Indians hunted, trapped, clammed, and fished on the wetland. When European settlers arrived in the 1600s, they harvested the salt hay as fodder for cattle and sheep and used the marsh as summer pasture. The 19th century saw increased ditching, filling of pannes, and the introduction of tidal gates, which prevent the tide from flooding portions of the marsh. Channels were dug to allow boats built inland to float through the marsh out to sea.

When haying declined in the 1900s, people began to view marshes as sacrifice areas for airports or cheap space on which to fill and build. Scarborough Marsh was even proposed as a site for the town dump. Recognizing that a significant coastal wildlife habitat was threatened, in 1957 the Maine Department of Inland Fisheries and Wildlife began the twenty-year process of acquiring the marsh. In 1972, Maine Audubon initiated a partnership with the state to convert into a nature center an old clam shack at the edge of the marsh.

Today, Scarborough Marsh is a workplace for clam diggers, a classroom for schoolchildren, a laboratory for biologists, prime territory for fishermen and hunters, and a fascinating, ever-changing world for naturalists, especially birders. Every spring and summer, more than 10,000 people begin their journey into the marsh at Scarborough Marsh Audubon Center.

Thank you to all our 50th Anniversary season sponsors!

Many thanks to Maine Community Bank for its support of educational programming at Scarborough Marsh Audubon Center.