On the third Saturday of every July since 1984, over a thousand volunteers have ventured out on lakes and ponds across the state to search for, and count, Common Loons. Last July 15, 1,377 people participated in the 34th annual Maine Audubon Loon Count, once again providing reliable survey data that Maine Audubon can use to estimate the size of the population and look at trends over time.

Unfortunately for the participants in last year’s count, count day itself wasn’t a sunny one. In some places, thunder kept people on shore. In others, relentless rain made counting difficult. And in still others, clouds and fog slowed the boats. But our counters — many of whom have been participating in the count for more than a decade — are a hardy bunch.

Loon counters have an endless enthusiasm for loon conservation, and hearing the unique stories behind their participation is one of my favorite things about the count. We were lucky to catch up with one of those counters — Don Atkinson, a Loon Count volunteer on Annabessacook Lake for nearly 20 years — during last year’s count. His story is one of the most powerful I have heard:

This video is a co-production of Maine Audubon and Timber & Frame.

Don predicted “a good year” for loons, and he wasn’t wrong. Despite the bad weather, counters tallied 1,816 adults and 182 chicks on 311 lakes across state. Using a random sample of those count totals, which lets us control for the number of participants to calculate a population estimate for the southern half of Maine (south of the 45th parallel, which is the area where we have enough lakes covered by counters to make a reliable estimate), we project a population of 2,817 adult Common Loons and 453 chicks.

What are the trends? This year’s count is the third year in a row we’ve seen an increase in the estimate of chicks. However, it’s fairly typical for chick counts to go up over time in a three or four year cycle, as happened in 2012-2014, 2003-2005, and 1998-2001 (see graph below). It’s probably nothing to get too excited about — though any time we are producing more chicks, we have the potential to see more adults in six or seven years (the time it takes to reach mature breeding age).

What does it mean?

Overall, the 2017 Loon Count suggests that the population of adults is holding steady, and that’s good news, especially in light of what might have been a slightly drier summer with some nest sites stranded too far from water for loons to use. The increasing number of chicks is always a good sign.

The 35th Annual Loon Count will happen on the morning of July 21, 2018! This year, we will be releasing a new online data portal for submitting observations (though we expect people will still record count results and take notes on paper). We are also preparing to travel around the state to talk about our 35 years of loon conservation work (check the Maine Loon Project page in the coming weeks for dates and times) and have some fun things planned to recognize our dedicated Loon Count citizen scientists, who make this project possible.

It’s been a confusing winter, weather-wise, with days of kids running around in shirt sleeves turning into looming nor’easters dumping over a foot of snow on our March landscape. This makes me wonder what our wintering loons must be thinking.

Normally at this time of year, they’d be staying put in their wintering grounds (all along the Atlantic Coast, down around Florida and into the Gulf Coast). Last week, as fishing camps were coming off the ice, I was thinking they’d be be checking out Maine’s lakes and ponds a little early this year. Now I have no idea what they’ll do. We know loons follow the melting ice north, turning back when they find ice and checking again when conditions change. They can cruise at 90 mph, so they can pop in to check on the status of even the most northerly Maine lake in only a few hours.

When you next get outside (after the snow melts), keep your ears peeled for loons calling in flight. They’ll be here before you know it, and we — and our dedicated corps of Loon Count volunteers — will be ready.

If you’d like to learn more about the count and how you can get involved, visit our Loon Count page or contact us at [email protected]. 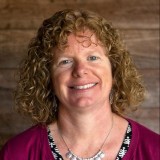