Friday, May 17th is Endangered Species Day, making it a fitting day for Maine Audubon staff to release 200 Atlantic Salmon fry raised here at Gilsland Farm into the Presumpscot River watershed. These fish, and others being raised at the Fields Pond Audubon Center and at schools around the state, are part of an educational program called Fish Friends that works to educate future generations about wild Atlantic Salmon, as well as fish biology and conservation.

Once found in all the major U.S. rivers east of the Hudson, Maine is the last place in the U.S. that wild Atlantic Salmon are found. Numbers of Atlantic Salmon have dropped from historic estimates of hundreds of thousands entering U.S. streams each year to spawn, down to an average of less than 1000 per year today. In 2000, this dramatic population decline led the species to be listed as Endangered under the federal Endangered Species Act. Since then, Mainers and others have been working hard to restore this beautiful fish and pull it back from the brink of extinction. To help salmon make it to their freshwater spawning grounds, towns, non-profit groups, landowners, and government agencies are restoring stream connectivity by removing dams and replacing culverts to allow fish passage. Local communities and regulators are protecting and restoring water quality from pollution and runoff. Governments and non-governmental organizations are negotiating to reduce ocean fishing that can limit the number of adults returning to Maine to spawn. Together, we are working to make a difference!

Atlantic salmon aren’t the only Endangered species Maine Audubon is looking out for these days. We have crews out protecting Piping Plovers–which are federally Threatened and state-listed as Endangered–as they return to Maine’s beaches, find their partners, and set up nests. Volunteers are getting ready to start looking for turtles–including the state Endangered Blanding’s Turtle and state Threatened Spotted Turtle–at risk of becoming roadkill as they move between habitats to find food, mates, and nest sites. Other projects include species, like the Common Loon, that may not be listed but are vulnerable and need our attention to keep them “common.”

To be a part of celebrating and protecting these species, please join us on Endangered Species Day at the northern trailhead of the Mill Brook Preserve in Westbrook at 2:30 p.m. to set our baby salmon free! Parking is limited at the trailhead, so please carpool if possible. If you can’t make it to the release, don’t worry, we’ll post pictures here, so keep your eyes on these pages! And remember, this is just one part of our celebration of International Year of the Salmon. Stay tuned for a date and time to hear Catherine Schmitt tell the story of Maine’s salmon and its historic connection to the office of the U.S. President. And coming up on May 28th, we’ll release our Fields Pond salmon into the Penobscot River watershed.

As stewards of the land and its wildlife, we have a responsibility to protect and restore Maine’s native wildlife. When I was a child, the Bald Eagle was on the brink of extinction, but Americans changed their behaviors and now the very symbol of our nation is restored. I want my child to have a similar story to tell about Atlantic Salmon when he is grown; through our collective efforts, he’ll be able to tell the story of how Mainers saved the Atlantic Salmon in the U.S. 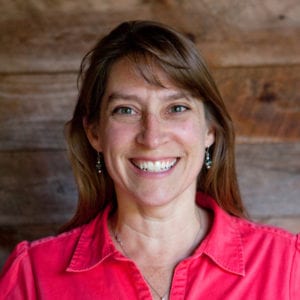