Over 120 pairs of endangered piping plovers (Charadrius melodus) were recently counted during the annual Piping Plover Census: a combined effort led by Maine Audubon, U.S. Fish and Wildlife Service, Maine Department of Inland Fish and Wildlife, and a diverse network of volunteers. Monitors traveled to 38 sandy beaches throughout the state to tally adult plovers, pairs, nests, and chicks. Estimating piping plover breeding pairs throughout Southern Maine’s extensive coastline comes with its own set of obstacles. At this point in the season, there are still unsettled pairs seeking out new suitable habitat to nest. Flooding from high tide events or nest predation has contributed to the number of breeding pairs re-nesting for the second or even third time this season. Predation of adult plovers can also leave single birds searching for new mates to breed in later months.

Without defined nesting territories, it can be harder to track the movements of these birds between local beaches and the locations where scrapes or practice nests are found. For example, in the time it takes to drive from Fortunes Rocks to Hills Beach in Biddeford Pool, a piping plover could have flown back and forth between the two beaches and been counted twice in the process.

Despite these potential sources of error, consistent monitoring by Maine Audubon’s Coastal Bird Crew and Rachel Carson National Wildlife Refuge since the beginning of April proved very useful to confirm recent census observations. The first Piping Plover Census in 1981 revealed only 10 pairs of birds in the state. Fast forward to 2021, and over twenty new pairs of piping plovers counted on Maine beaches compared to last year’s total of 98, reaffirms that continued efforts to protect this endangered species are crucial for New England populations to rebound. 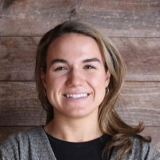 After the cancellation of the trip in 2020, Maine Audubon and friends were excited to return to Merrymeeting Bay on Sept 18 to engage in the 52nd Bald Eagles of Merrymeeting Bay trip. The trip first began in 1969, when members of Maine Audubon ventured up the Kennebec River and around Swan Island, hoping to […]

Today is Indigenous Peoples’ Day. Today, we honor and celebrate the cultures and contributions of indigenous people and communities throughout what is now called Maine and beyond. We must also acknowledge and address the pervasive and systemic injustice indigenous people have endured since our continent was first “discovered” and colonized by Europeans, and our own […]

That’s a wrap!  The 2021 Native Pants Sale is in the books, and it has been another incredible season.  Huge thanks go to our incredible horticulture staff —James, Nikki, Ayden, and Alex, our vendors, sponsors, funders, partners, and, most of all, YOU!   Online sales have ended, but you still have another 2-3 weeks to plant […]

Vagrant hummingbirds Although the majority of our Ruby-throated Hummingbirds will have departed for Central America by early October, the hummingbird feeders and late blooming flowers in your yard can act as an important fueling station for late migrants or as an attractant for vagrants from the west. We are increasingly seeing western species like Rufous […]